In 2016 we published over 550 stories on PowWows.com, from Gathering of Nations, Standing Rock, mascots, issues, protests, celebrations, sports and more!  We appreciate you reading and sharing these stories!  Look for more great articles in 2017!

Below are the 15 most popular stories published on PowWows.com in 2016!

Everyone keeps asking they can help fight against the Dakota Access Pipeline, since we all can’t physically be on the front lines in North Dakota. I’ve posted links to the Sacred Stone Camp Legal Defense as well as their camp GoFundMe page on previous posts already, but there are other ways you can help out! I kept seeing this list of 10 ways to help out on various Facebook posts so I thought it would be a good idea to share here too.
Read More

During the games, there will be 3 Native Americans competing.  Let’s cheer on these indigenous athletes. How adorable is this?! Ashlee Raining Bird shared this cute video on her Facebook page. Check out Devan Kicknosway and baby practicing their sneak up moves!
Read More

Laura Grizzlypaws at Gathering of Nations

At the 2016 Golden Globe Awards, Leonardo DiCaprio won Best Actor for The Revenant.  The movie is based on true events of a fur trader in the 1820s.

During his acceptance speech Leonardo thanked the First Nations people involved in the film.  Then went on to tell the world to listen to the First Nation people!
Read more

In another hilarious video from Buzzfeed, we find out what happens with typical Americans try Native American foods. How do you think they’ll react? Watch and see!

Consensus? “I bet this is what you eat when you have your life together.” Haha! In other words, healthy and tasty.

Facebook user Nikki Lynn Erasmus was recently at the Onion Lake Cree Nation Pow Wow enjoying the music and dancing. While she was watching the competitions, she noticed her friend entering the arena alongside a little boy who was about to dance in the junior boy’s traditional category. When she realized that the boy was blind and her friend Zane Wade was guiding him, she got all emotional.
Read more

Jingle Healing Dance For Families of Missing and Murdered

During the 2016 Manito Ahbee Jingle dancers surrounded the families of Missing and Murdered.  The women danced around the families for their healing.
Read more

Taboo, a solo Hip Hop artist as well as a member of the Black Eyed Peas, has been very vocal about his support of Standing Rock and the NoDAPL movement. He recently played at Standing Rock for a benefit concert and now debuts a new song dedicated to the cause. “Stand Up/Stand N Rock” features Native musicians and allies such as actress Shailene Woodley, Tony Duncan on flute, Drezus, Supaman and a

A star is born.  Hailing from the Mescalero Apache reservation in New Mexico., is 16 year old, Khaliya Kimberlie!!

In her promo leading up to her live audition, Miley Cyrus mentioned to Blake Shelton that they haven’t had to fight over a country musician yet.  Cue Khaliya.

This Young Man’s Dance Will Warm Your Heart

Check out this young man’s dance and blessing for the New Year. Kristen Denise Lowdog posted a video of nine-year-old Ashton dancing for all of our warriors out there. It’s already been viewed 650,000+ times! I hope you enjoy it as well!
Read more

Here’s a fun video for you guys! Michael Goedel, hoop dancer who dazzled Cirque du Soleil audiences with his skills, posted this awesome video of the BYU Tribe Of Many Feathers students rocking their mocs. Check out the fancy footwork!

As i am other, it’s heartbreaking to watch this video. Two men, best friends, in the Norway House Cree Nation community in Manitoba, recently discovered they were switched at birth.

All throughout their lives, people had joked about David Tait Jr. and Leon Swanson not looking like their parents.

This past weekend I followed the social media posts of Wayne Silas Jr. during the Menominee Nation Pow Wow.  The pride from this father beamed through his posts.  This was a story we had to share!
Read more

Last Updated on January 23, 2023 by vhormazabal 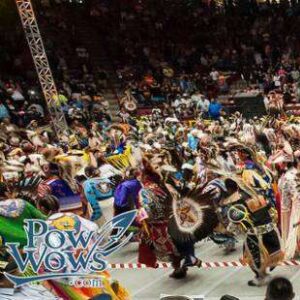